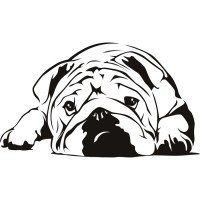 One of Sydney’s best restaurants is Bistecca where they serve only one main: a medium-rare t-bone cooked over wood, beaten with bushes of rosemary and lashed with olive oil.

This dish by NY chef David Tanis is close, with the hints of rosemary that make Bistecca so good. And then that garlic.

With the side salad of rocket and Parmesan: this is simple, primal yet sophisticated Italian.

We also did a cracking Nigella Salad.

Just get that pan as hot as you can and seal it as best you can.

What a mid-week treat.

Though for purposes of calories, we went with beef here.

And wow, it is a great pie.

Just a classic, go-to recipe for a Shepherd’s Pie. (Or Cottage Pie)

Or whatever it is. 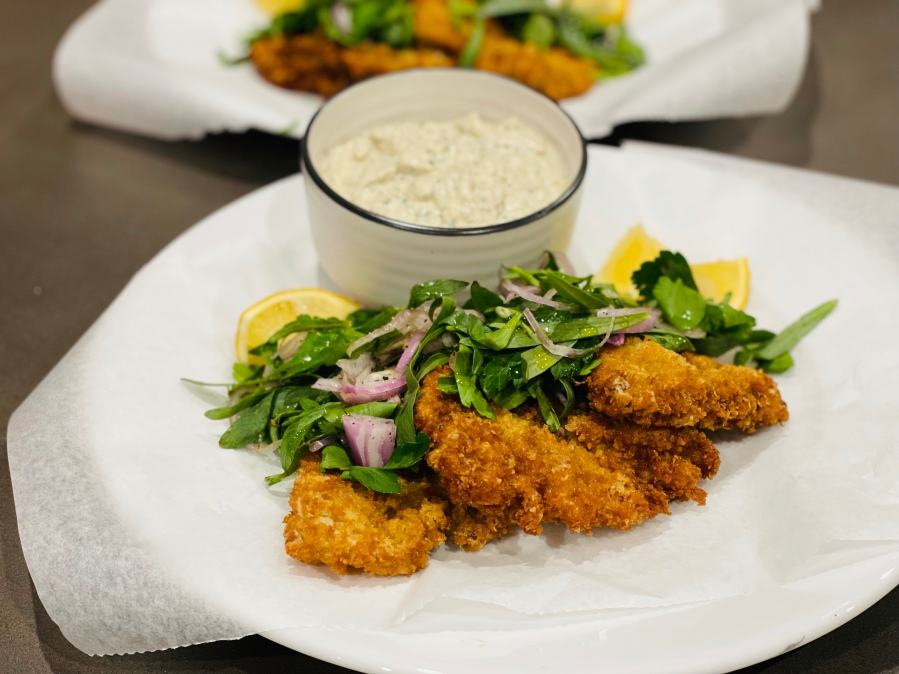 This is a cracker from my backlog of Gourmet Traveller magazine tear-outs: essentially a 10cm pile of recipes I’ve torn from years of magazines.

Nothing too complex, wine in hand, Friday night great dinner.

Each element is a winner.

A classic veal schnitzel. The flavour of a classic vitello tonnato liberally lashed on the veal. And the crunch of the salad of parsley, tarragon and shallot.

Keep the wine going and this is a Friday no-brainer.

How good is a good schnitty?!

We grilled them and ate them on the spot.

As part of an afternoon with friends, these would be perfect with cold beers and lots of other hot, Asian nibbles on the grill.

(Fingers crossed Sydney’s lockdown ends by Christmas so we can do just that!)

* I wandered into our local Thai restauarnt who was happy to sell me a bag. Harris Markets and other fancy fruit and vegetable shops I went to in the Lower North Shore of Sydney came up stumps. Speaks to the size of the Thai community in my part of town I guess.

**Roast rice in a pan until golden. Allow to cool and then blitz in a spice grinder until ground. Store in a dry container.

Gowings at its best, is a loud, brash and great Friday-afternoon steak joint in the middle of Sydney.

I mean, its food won’t win any awards, though that is sort of the point: t is just a bloody comfortable place to be after a bottle of red!

Nat and I had one memorable lunch where she ordered a veal schnitzel with a mushroom paste and a poached egg on top. My goodness, it was great.

Accompanying it was this cracker of an iceberg salad with ranch dressing.

This veal recipe isn’t their recipe though it is our recreation of it. I promise, it is absolutely on point.

Decant a good bottle of red and enjoy.

(And yes, the recipe does ask for a poached egg and the photo above is of a fried egg, though we were preparing a several courses for a Mexican-themed feast the next day, so mea culpa!)

For the mushroom paste

Though trust me, it is. Just bare with me.

Over the Christmas break, I read an article in the Washington Post of the best cookbooks of 2020.

It featured an Afghani cookbook called Parwana and knowing how much Nat and I love Middle Eastern, it was promptly ordered on Amazon. (Plus the featured photo was amazing!)

What I didn’t realise is that it’s is an Australian cookbook from an Afghani family and restaurant in Adelaide, SA… called Parwana. Reading their backstory made me so happy.

Anyway, this is the first dish we had, wonderfully cooked by Nat.

We went through a bit of a Ethiopian phase a few months back and even did an Ethiopian feast and whilst the spice and flavours are unique, they’re not moorish.

It’s more honest, more homely than say Turkish. (Possibly this is a reflection of the home cooking nature of the book.)

And it’s unique in a particularly good way.

According to the book, this is traditionally a winter dish where the qoroot is a tart, reconstituted yoghurt which is something of an acquired taste; thus substituted with plain yoghurt which it is here. (There you go.)

We will cook much more from this book. I suspect many of the recipes will be typed up.

For the mini kofta

There is something so appealing – and so comfortable – about Thai mince on rice, beef or pork.

Fish sauce, plenty of chilli, a fried egg on top.

I’ve typed up very similar, though this one is really quite simple and the addition of the snake beans is always a neat touch.

It is a truism, though an average burger is just that.

You’re in a resort and you order a burger and fries for lunch and the beef is well done and devoid of flavour; there is no love in the bun or the accompaniments.

Actually, I take it back.

An average burger is terrible.

It defeats the purpose.

Conversely, a brilliant burger is heaven.

It is the last meal and something you describe for days.

I learnt a while back that it fundamentally comes down to the beef. The quality, the fat, when it is ground and how it is cooked.

And so if if you read no more, based on this burger I am about to go into:

Grind as thick as you can – the coarsest grain – and cook as soon as you can over a super-high grill.

This is the second time I have cooked this burger by Gordon Ramsay and it is the best burger I have ever had.

Which is not to say it has to be, though his key regarding the beef combination, butter and cooked rare (of course) is central. Any burger would be genius with this alone.

The recipe was released by Gordon after he hit 1-million Instagram subscribers.

He uses smoky bacon though I crisped up streaky bacon.

Otherwise, the rest is in relatively intact though I have rewritten the method.

It kills me when I make burgers for the kids from store-bought mince.

I don’t cut corners on much cooking. Burger meat will be the same going forward.

This is the best burger you will ever have if you follow the steps.

(And then adapt it!)

Some nights simply call for a pie.

A few months back on a freezing Saturday, we agreed that we were heading for one of those nights.

And given that the finest pairing to a pie are peas, it was going to be hard to look past this pie from Neil Perry.

It is a pretty down-the-line pie recipe though that is kind of the point for “must have pie” nights. Beef that is falling apart, a cracking gravy and then those peas.

(Plus a proper mash where we diced in a raw eschallot – trust me, it’s brilliant.)

Open a bottle of red, put on a movie and boom, there’s pie night done!

We don’t have it often, though when we do, it’s Ugg Boots on, spicy salami, oregano and basil and plenty of cheese. Mushrooms, chilli, ham, egg, onion…

We also use whole meal pita bread which – I promise – delivers the best crust, time and time again.

We vary the toppings plenty however.

Tom loves his pineapple and Oliver experiments with different meats and cheeses.

And it’s a great night in with wine (parents) and popcorn (parents and children).

It’s a great genre though it ain’t commercial pizza, however crispy and spicy I dial it up.

(Conversely, it’s fun to make, we can stay in and it’s cheap.)

The other night, despite it being Saturday night and having a booking at some clever Vietnamese restaurant near us, we both agreed we just could not be bothered.

Feeble suggestions for dinner were made, though cooking dinner was part of not being bothered. We also don’t do home delivery because it is always so disappointing.

I suggested homemade pizza because it epitomises my thinking of a perfect, unplanned dinner on the couch.

Nat agreed though as we drove home, she started lobbing trendy homemade pizza ideas at me. Sous-vided crab with scrambled eggs and chives, shaved pork hock with truffle and something with a whole side of smoked trout and a cod aniseed yoghurt.

Look lady, homemade pizza means crappy pizza, overloaded with cheese and burnt to hell. It doesn’t mean thinking about it and it certainly doesn’t mean prep.

Which is why, when Nat suggested this pizza, I wasn’t super amused and sulked all the way home.

This is the best homemade pizza I have ever had. Indeed, if I got this at a restaurant, I’d be pretty blown away.

It is just that good.

Which leaves me torn.

Can I ever just make another homemade pizza knowing this exists?

(Note, I have substituted wholemeal pita bread for making your own dough. I believe that for all that is decent about homemade pizza, you should too.)